Formosa 1140 is a second riff on the courtyard housing typology by LOHA. In this reiteration, the courtyard is opened out to a small pocket park, which the developer donated to the City of West Hollywood. Locating the building on the property’s northern edge, the Architect was able to devote one-third of the parcel to the public park, while creating eleven units on the remaining portion of the parcel. The striking four-story building, clad in red metallic panels is organized linearly to provide park frontage and cross-ventilation for each unit. External circulation is used as a buffer between public and private realms and articulated through the layering of perforated metal panels interspersed by a field of openings in the decorative skin. The careful placement of outer skin panels, extending punctuating balconies and inner skin fenestration creates a choreographed effect, which both reveals and conceals. The skin also acts as a shade screen, allowing for passive cooling of the west facing units. 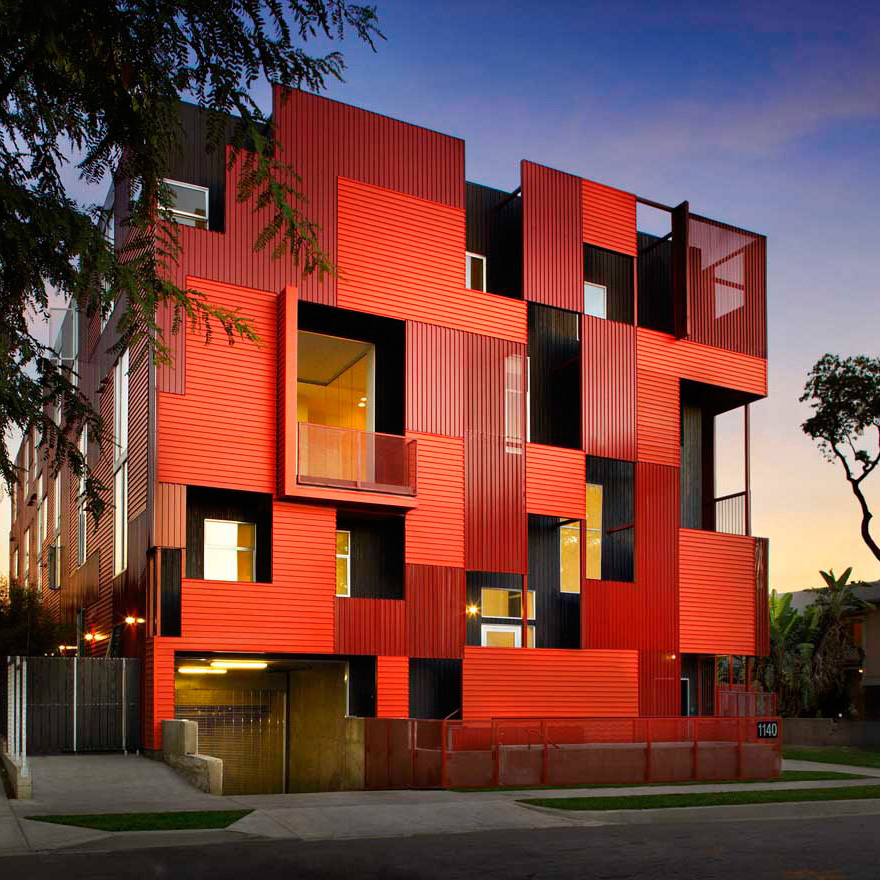